This season marks Coach Dolfo’s 32nd season as head coach of the WWU Women’s Basketball team. Her longevity at her career isn’t even the most impressive part about her – let’s review where she stands:

If you’re lucky enough to play with Carmen, you may notice a hint of a Canadian accent. She grew up in Penticton, B.C., where she led Penticton High School to the provincial championship as a senior. Dolfo came to WWU in 1984 after spending two seasons competing at Biola University, and played two years of basketball for the Vikings, earning NAIA All-America honors as a senior, averaging 16.8 points a game on a team that reached the national quarterfinals. In her four years of basketball, Dolfo scored 1,757 points and grabbed 896 rebounds. 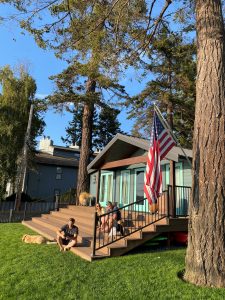