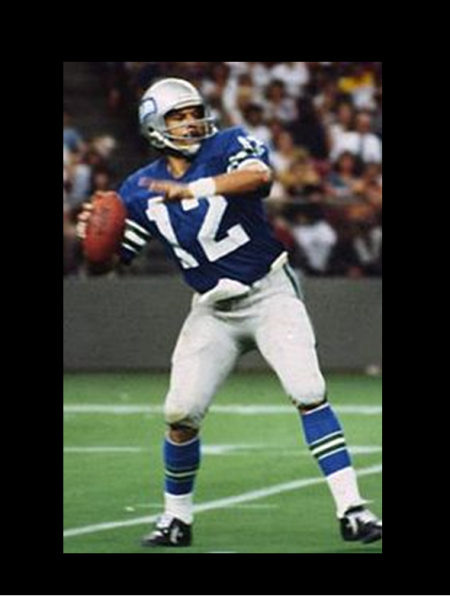 Sam Adkins was drafted by the Seahawks in ’77 during the Jack Patera coaching era, “As a child growing up in California, I always wanted to play in the NFL and getting drafted was a dream come true. The Patera group is still very close today.”

Sam is the only Seahawks player to have worn the number 12 and has enjoyed a lifetime of football, 40 years in the professional league. After 7 years with the Hawks, he went right into broadcast for the Seahawks for another 33 years and also did color commentary for University of Washington for 10 years until he gave it up so he could coach his son’s football. “I retired after 40 years of playing and then broadcasting and now I can just be a fan,” Sam laughs. “And I’ve really enjoyed helping with youth sports and Woodinville Junior Football.

Sam and his wife Dayle live in Ferndale, WA but also live part time in Redmond where Sam and his son own and operate Hawk Building Contractors, a commercial construction firm specializing in tenant improvements mostly in King County, with some local work in Whatcom County and at Bellis Fair as well. Sam and his family support many community services and organizations and connecting with and coaching kids has been his passion.

Hobbies: Golf, I love to golf. That’s what I’m doing with retirement, trying to become a person with a single handicap.
Why the Pacific Northwest?  The quality of the people for sure.  And as a player, the connection with the team and the fans is just a lot of fun. It’s unique to be the only guy who was able to wear the number 12 and it’s an incredible place to live.
Any secret talents, something about you that would surprise people? Not a damn thing (laughing) What you see is what you get!
Okay, It’s your deserted island. Your family is there and you get 2 additional people. Dead or alive, fact or fiction: Ronald Reagan- I really admire the diversity of the things he did and the work he did impacted so many people in such a good way.
Jack Patera- He was a pretty tough guy… Yes he was! And he was an outdoors guy who hunted and fished and could feed us. (Sam laughs)
2 Drinks: Glenmorangie single malt scotch the one with time in the sherry cask, and on a hot day, gin and tonic- Tanqueray.
2 Food: New York Steak and anything Italian!
2 Books:The Boys in the Boat – Daniel J. Brown and 5 Love Languages for Men – Gary Chapman
2 Movies: ‘The Godfather’…A lot of people have picked the Godfather Yes, it was so riveting at the time… and ‘Planes, Trains and Automobiles’ for a good comedy.
Music: Anything country, Vince Gill is my favorite…and the Eagles.
You have all the time and money in the world. What would you master? Diplomacy Can you let us know when you get that figured out? To be able to read between the lines, so you can shit on a shitter (laughs) My kind of diplomacy. Yep
What are you most proud of? My family. I have the greatest family in the world. I married my high school sweetheart 44-years ago and we have 4 kids, 2 boys and 2 girls. I’m in construction with the oldest son, my next daughter has her masters from WWU and is a teacher, my next daughter is a tech recruiter and my youngest son has a degree in marketing and is a brand manager for a brewery in Woodinville. They are all best friends. That’s’ the ultimate achievement! Yes, we are very fortunate.

Thanks for being a part of what makes the pacific Northwest great Sam! 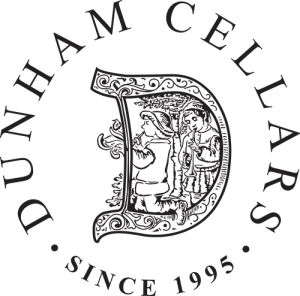