Wes Herman has been an entrepreneur from age 21 when he bought his first business. Since then he has started or purchased 7 businesses. Wood Coffee is his most successful venture by way financial and market success and accomplishing he and his wife’s goal of creating a project where their children who were home schooled could learn about business. The Herman’s didn’t originally anticipate the immense success but were able to refine a formula utilizing the talents of each of the family.

Currently, Woods Coffee has served the Pacific Northwest for 16 years has over 300 employees that receive a full benefits package, with 19 locations throughout the Pacific Northwest, their first location opened near Bender Fields in Lynden and their facility in Bellevue was their first drive thru. His daughter Kelly runs operations, son Taylor designs, builds and remodels facilities, his son Herman arranges Woods and family insurances. Infrastructure support includes the Woods Bakery, wife Laura and his father-in-law provide bakery and other delivery services.

In the belief that we achieve more when we all work together; Wes and his family support many charities through Woods coffee nearly daily from interactive and financial support to providing coffee service for charity and community events. One of the many organizations Woods supports finically  is Engedi Refuge’s restorative program for women who have survived sex trafficking as well as providing places for these women to work.

Woods also partners with Lighthouse Mission and Rebound of Whatcom County who work with local families who have experienced trauma. Woods helps to put on a one-day event each year called ‘Cups of Hope’ where proceeds provide ongoing support for children with behavioral and emotional challenges and their families.

Okay Wes, you and your family are on a deserted island and you get two additional people, dead or alive, fact or fiction: Hmmmmm, okay, you’re going to get right to it, let’s see, Abe Lincoln. What an amazing and interesting character in our history. Winston Churchill as well. They would be so interesting to talk with. And if we got three people, Ronald Reagan. Our kids went to early primary school with his grandkids and we went to church with his son Michael. What was Reagan like? Was he as kind of a man as we picture him? He was everything we think of him today. People forget that in the beginning he was a political outsider and was heavily criticized. It took a few years for people to warm up to him and his delivery. It was a rich time and he was a wonderful man.

Okay, to go even deeper in philosophical thought, what 2 drinks would you have on your island? A Carmel Macchiato and a vanilla milkshake from In & Out Burger. I don’t really care much about alcohol either way, it’s just not something I enjoy, but if I could have a third drink, I regularly drink our American Misto, we have a special way we steam the milk, the preparation and outcome is magic.

2 Foods: A ‘Peter Luger’ steak. He has a famous steak house in Brooklyn, New York and the steak is gigantic, it’s awesome, right up your alley with old Germen Men serving… and ‘Houston’s’ ribs. They are my favorite. It doesn’t matter which ‘Houston’s’ you go to, whether it’s in New York, Atlanta, Southern California…they are all the same and prepared to perfection.

2 Books: The Bible. It is the book that has all the truth, and the truth will set you free. And ‘Unbroken’ by Louis Zamperini, what a story of grit and survival.

2 Movies: Hmmm, I don’t like seeing movies twice…but I would say, ‘The Godfather series’ and ‘Dumb & Dumber’ even all my kids laugh at that constantly.

You have all the time and all the money in the world, what would you master? I’d learn to fly an airplane and have a Harley Davidson. What Harley? Well that’s a sad thing, I have no idea…the most expensive one.

What would surprise people to know about you? Any secret talents? Probably that my first language was Spanish. I was born in Ontario an at 6 months of age my parents moved us to Columbia, South America where my father was pastor of a church. We were there for 7 years before we moved to southern California. It was an interesting time.

Wes’ education has been hands on learning by doing, not as much by studying. He believes there are many opportunities for people like himself who have not enjoyed traditional schooling and have looked to learn in other ways. A lifelong learner of business, Wes has a passion for helping others achieve their goals and he and his family plan to expand Woods Coffee to 50 store throughout Washington. We’ll drink to that. 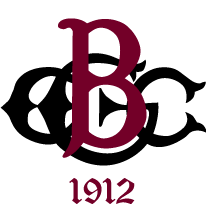